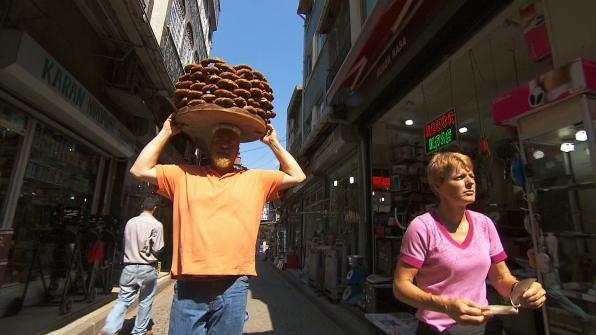 In a fast-paced competition like The Amazing Race, conventional wisdom might suggest that it’s wise to avoid getting stuck with the pack. However, the chaos and confusion actually make this false thinking in most cases. Teams that believe they can outperform the others in challenges should want to stay with the group. There are rare exceptions where a team is so powerful that they can grab a big lead and force others to follow. Season Five’s Colin and Christie are a good example of this strategy. On the other hand, there are less skillful players that are determined to “play their own game”. While this approach may work among the cannon fodder of the early legs, its chances of success are limited. The victims this week are Rob and Kelley, who make the wrong choice in Istanbul and take the metro instead of a taxi. What makes this gaffe feel worse is Rob’s insistence that they play their own game. He’s worn it like a badge of pride since the start, and they’ve spent much of the show near the back of the pack. The monster truckers make a strong effort, but the gap is too large to avoid elimination. For more details, check out my review for Sound on Sight.