Survivor: Philippines, "Got My Swag Back" 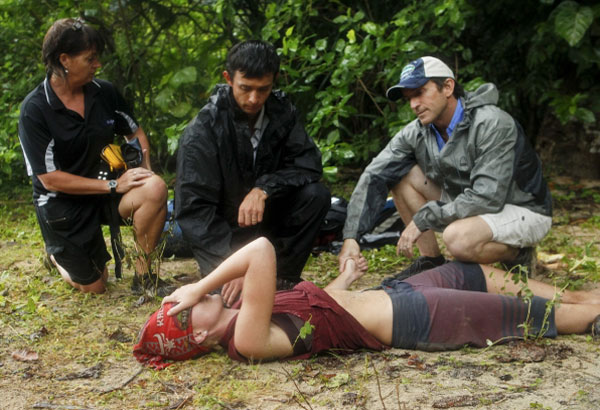 The opening four episodes of this Survivor season have spent a majority of time with the Matsing tribe, who lost every challenge. The battle lines have been drawn for the Tandang and Kalabaw tribes, but the conflicts haven’t played out at Tribal Council. This pivotal episode finally changes that trend and dramatically alters each tribe’s place in the game. Kalabaw dominated the early challenges, but bad luck and a challenge loss knocks out two members. While neither was a major player, it’s still quite a change. Just a few minutes into this episode, the Matsing tribe is history. Jeff Probst puts them out of its misery at the reward challenge and splits the pair randomly. Malcolm brings his strength to a jubilant Tandang tribe, while Denise immediately becomes one of the most interesting members of Kalabaw. It’s refreshing to see different players having the chance to visit Tribal Council. The downside of the three-tribe format is our inability to get to know all the players. We barely saw Dawson before her exit, and she seems like a colorful character. She does get the chance to have an awkward embrace from Probst as a going-away present, so it isn’t all bad news. For more details, check out my full review of this episode for Sound on Sight.