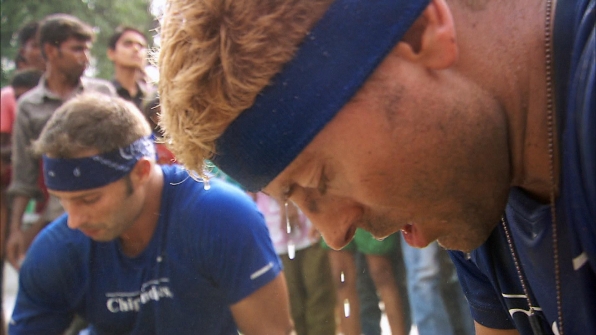 It’s time for killer fatigue! There’s only so long that teams can deal with limited sleep, intense stress, and small quantities of food before they start dropping. When these factors are added to excessive heat and grueling challenges, the likelihood of a breakdown only grows. With only seven teams remaining, this also felt like the right time for a non-elimination leg. Despite the lack of a departing pair, this week remains exciting because of the higher difficulty level. Bangladesh is not an easy place to navigate, and even the stronger competitors struggle to finish this leg. Josh and Brent have a rough leg and can't locate the marked taxi stand. Their situation gets even worse when Brent reaches the Roadblock. He misses a pivotal detail about the ropes, which allows the monster truckers to stay ahead. By the time Brent finishes, they’re in desperate shape and must hope another team stumbles to avoid last place. It’s clear in this task that the heat is affecting players, and it will only get worse. For more details, check out my review for Sound on Sight.