TV: The Amazing Race 21, "There's No Crying in Baseball" 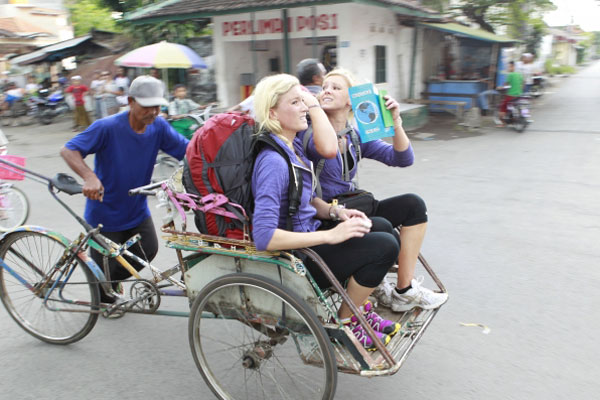 In the current era of The Amazing Race, the producers have used two primary tactics to generate tension. The first move is casting volatile teams like Brendon and Rachel from last season that create drama with their mere presence. In cases where the cast is generally likable, precise game design is a necessity to avoid watching congenial teams meekly depart each week. If there was more drama among the teams this year, it’s guaranteed the editors would make a big deal about the infractions. Since that isn’t possible so far, an old-school approach is needed to set up an exciting conclusion. There are plenty of different ways the producers can try to influence the race, and two come into play during this leg. The result is a surprisingly tense finish where an apparently weaker team steals the final spot.“There’s No Crying in Baseball” splits the nine remaining teams into two groups by setting up train rides more than three hours apart. The decisive task is a Detour where teams may choose between having eggs fried on their heads or donning a giant lion's head. An added layer to the Detour is the existence of the Double U-Turn, which allows them to make others do both options. For more details, check out my full review for Sound on Sight.