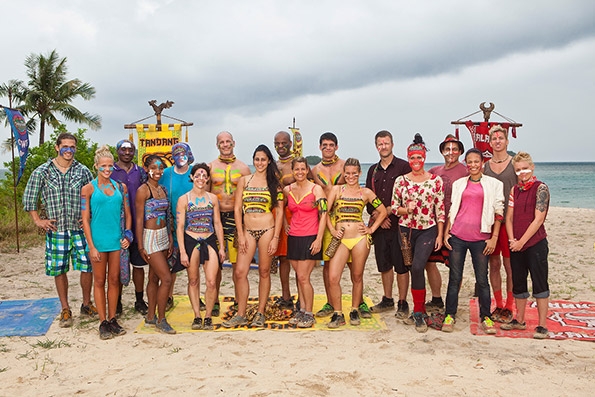 Survivor is back! For its 25th season (premiering Wednesday), the show heads to a new location in The Philippines for an outing that offers some new approaches to the formula. One major change is the split into three tribes with six contestants in each group. This split will likely appear for only a limited time, but it should form different alliances that won’t allow a single group of five to control the game. There are three returning players this time, which is another reason for having an extra tribe. The twist is that each guy was medically evacuated from the game during a previous appearance. The three returnees are Jonathan Penner, Russell Swan, and Mike Skupin, and all three are likable guys. The cast also includes recognizable faces like former Major League Baseball player Jeff Kent and Lisa Whelchel from The Facts of Life. Regardless of who wins, it will be refreshing to see the return of swimming challenges. They’ve been sorely missing in recent seasons and should spotlight the natural beauty of the new site. Check out my Sound on Sight preview of the new season, which includes my predictions for who will take home the million-dollar prize.
Sound on Sight Survivor TV Review