Alphas: "The Devil Will Drag You Down" 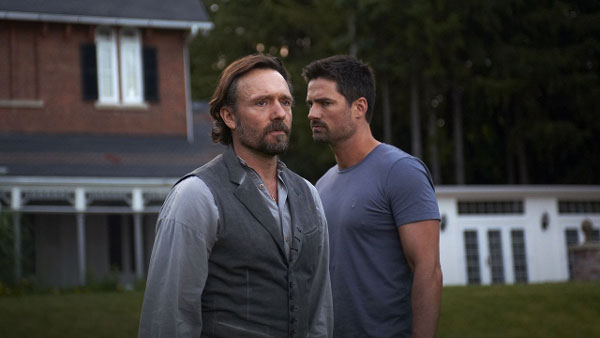 Alphas’ opening year had only 10 episodes, but it did a solid job building the characters and creating their world. The second season has expanded the scope and improved on the solid foundation. It’s now reached that point where the character building is ready to pay off in the best way possible. The conflict between Dr. Rosen and Stanton Parish has slowly escalated and consistently raised the stakes. Their battle reaches a new stage this week, and the result is the best episode of the season. This story is unconventional for the series because it moves at a rapid pace. This is arguably the most plot-heavy episode of the entire run, but there are still plenty of strong character moments. This week reveals more about Parish’s ultimate plans to decimate the human population for a brave new world. While he cites access to resources as his reasoning, it’s clear that Parish is a madman. This episode also includes great action, particularly Cameron’s high-flying stunts to stop the truck carrying the bomb. With four episodes remaining, Alphas is primed for even greater success in the upcoming weeks. For more details, check out my full review for Sound on Sight.
Sound on Sight TV Review