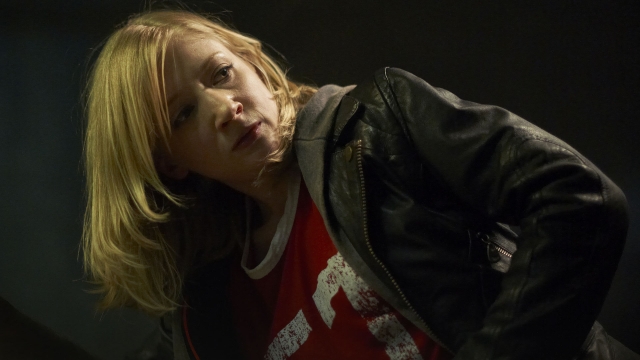 One of the consistent surprises about Alphas is the way it wades into conventional plots but sidesteps a predictable outcome. This week, SyFy’s promos had teased a Fight Club-like underground fighting ring that looked very similar to other shows. Bill gets his chance to battle some tough foes, but it plays out much differently than the anticipated formula. The fights are just one part of an episode that delves into Stanton Parrish’s background, brings a new living situation for Gary, and adds a possible love interest for Rachel. It’s an engaging story that moves the characters forward in an interesting way. This episode also introduces Kat (Erin Way), a young loner who Bill meets at the club. She brings a much-different feeling to the group than Nina, who’s missing this week. Reports are that Erin Way is joining the full-time cast, so it will be interesting to see how she meshes with Rosen and the other team members. For more details, check out my full review of "Alpha Dogs" for Sound on Sight.
Sound on Sight TV Review