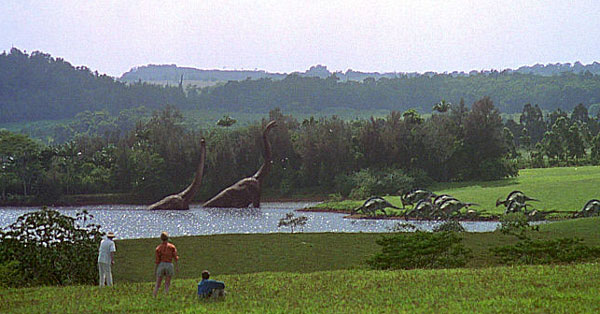 The Jurassic Park franchise is one of the rare examples of a series that showed a huge creative drop-off between the first and third movies. Even the difference between the original and its first sequel is extreme. Regardless of the quality of the follow-up movies, we discussed all three in detail on the LAMBcast this week. We also briefly talked about the fourth movie, which has been announced and may arrive in the next few years. With the regular hosts Nick and Dylan unable to appear, I took over and hosted the festivities this week, which was a personal first for me. Thankfully, I had a great group on hand to share their expertise and bring a lot of fun to this podcast. Joining me were Fogs from Fogs' Movie Reviews, Lindsay from French Toast Sunday, Ryan from Lord of the Films, and Mike from Man I Love Films. We had a great time dissecting the three Jurassic Park movies and digging through the positives and negatives of each one. Check out the latest episode of the LAMBcast and let me know what you think!
Lambcast podcast