Survivor: One World, "Thanks for the Souvenir" 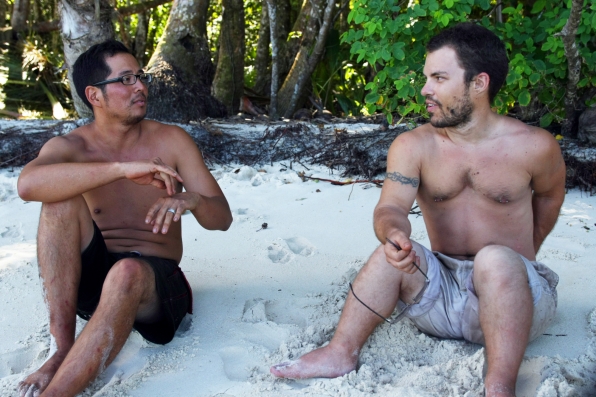 Wow. After dominating Survivor with his bullying, bigotry, and powerful game play, Colton exits the stage because of a bacterial infection. I didn't expect him to make the end, but the early departure was still a surprise. The previews revealed that a player would require medical attention, but my money was on the hobbling Tarzan. It will be really interesting to see where this season goes without its primary figure. Players like Jonas and Leif who have been content to follow Colton's lead will have to step up or face a quick boot. This week ends with a surprise merge (for the players) at Tribal Council, which quickly dissolves one of the most lopsided tribal splits in the show's history. With six men and six women remaining in the game and multiple alliances in play, it's impossible to predict what will happen next week. For more details, check out my review of "Thanks for the Souvenir" for Sound on Sight.

Here are a few other interesting moments that I didn't address in my review: