Survivor: One World, "A Bunch of Idiots" 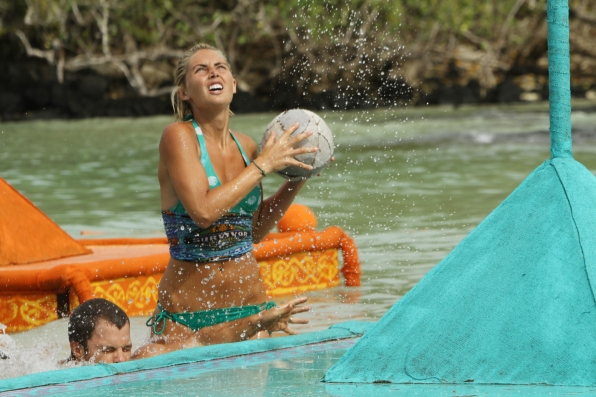 After two Redemption Island seasons with no tribal swap, I was sure that trend would end this time. I predicted that it would happen after four episodes, and that was accurate. Unfortunately, there are two downsides to this generally positive twist this week. The first is bad luck because the teams end up ridiculously lopsided after the random split. With the exception of Monica, the strongest physical threats all reside on the Salani tribe. My other issue comes from the producers directly, who jettison the "One World" aspect and separate the groups on two beaches. There are understandable reasons for this action, but it still reverts this season back to a more traditional format. The episode remains entertaining, but it indicates that the folks behind the scenes aren't truly willing to stretch the boundaries of the formula. For more details, check out my review of "A Bunch of Idiots" for Sound on Sight.

Here are a few other interesting moments that I didn't address in my review: