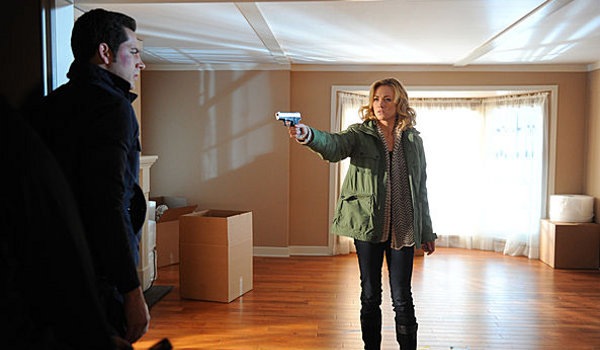 Right from the start, Chuck felt like a show that was designed with me in mind. It combined plenty of geeky elements, fun spy action, and interesting characters in a highly entertaining package. During its first three seasons, I would have named Chuck as one of my favorite shows from that year. There was a slight drop during the fourth year, and that minor decline has continued during its final season. It's still a lot of fun most of the time, but that success is due more to my enjoyment of the characters than the specific situations. There have been great moments; the consistency has just been missing. Entering the final two hours, I was only hoping for a solid conclusion that did right by the characters. I definitely wasn't expecting the gripping hour provided by "Chuck Versus Sarah". It's easily the best episode of the season and leads well into the final tale. I haven't watched the closing hour yet, but my expectations are much higher after this emotional story. For more details, check out my review of this episode for the fine people at Sound on Sight.
Sound on Sight TV Review