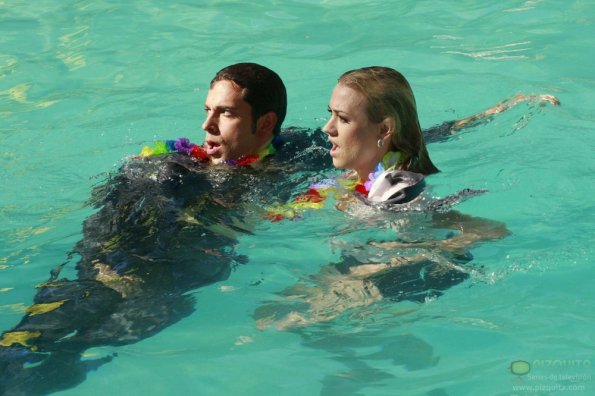 We're nearly a third of the way through Chuck's final season, and I'm relieved that some of my concerns have been alleviated. Morgan no longer has the Intersect (or a Trojan Horse version of it) in his head, so that uneven experiment is over. This week's episode "Chuck Versus the Business Trip" shows promise by involving the entire cast instead of just the four leads. It's possible that I'm being more critical because I'm writing about the show, but there's still something missing this season. This issue could relate to budget cuts or just growing pains and may still lead to a great finale. I'm a bit more optimistic after this week but still wonder about the season's overall direction.

This episode sends Chuck and Sarah to a Buy More sales convention to draw out an assassin targeting Morgan. The main story is predictable, but surprising twists near the end (finally!) give me hope for the upcoming episodes. We'll have to wait a few weeks to find out if the moves pay off, but it's a step in the right direction. For more details, check out my review for Sound on Sight of this latest episode.
Sound on Sight TV Review