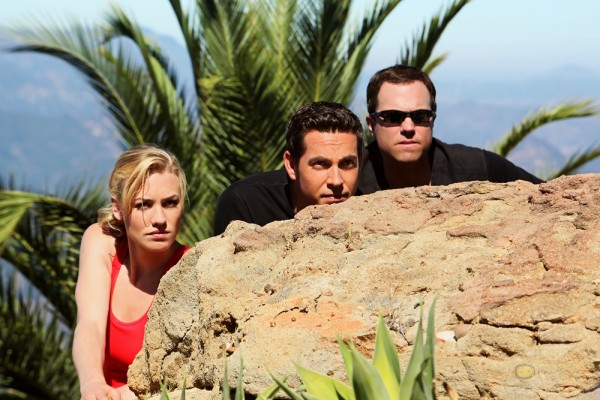 There comes a time in any long-running TV series where you start to question whether it still works. The components are still there, but key elements are missing from the show's heyday. Chuck had managed to avoid most of those issues during its first four seasons, but a few cracks have appeared last year. Only two episodes into its final run, I'm starting to wonder if its best days are behind it. There have been fun moments and entertaining guest stars in both stories, yet the emotional core seems a bit flat. The relationship between Chuck (Zachary Levi) and Sarah (Yvonne Strahovski) provided this center for most of the show, but they're now a happy married couple and pretty stable.

"Chuck Versus the Bearded Bandit" introduces a new conflict with Chuck's pal Morgan (Joshua Gomez), who now has the Intersect in his head. Filled with tons of information and new skills, he's starting to lose his personality. He doesn't even remember who Luke Skywalker is! This is a serious problem. I'm waiting to see where this story goes before deciding if it works, but there is great promise in turning Morgan into a villain thanks to the Intersect. It makes his plight more than just a silly change (with some ridiculous stunt work) and introduces some much-needed tension to the mix. When you add that to guest appearances from Jeff Fahey and Carrie-Anne Moss, the episode nearly succeeds. Check out my review for Sound on Sight for more thoughts on Chuck's latest episode.
Sound on Sight TV Review