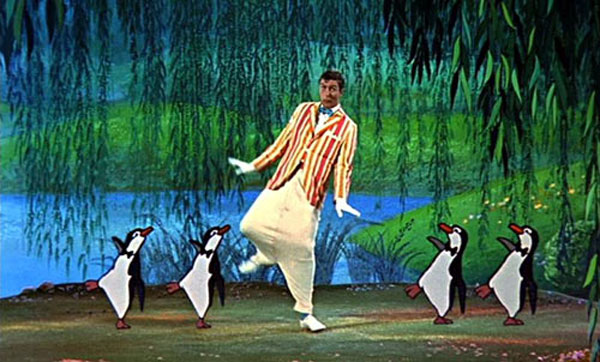 What's this I see? I thought this was a party. Let's dance!

Inspired by catching the sweet moves of Breakin' earlier this week, I figured this was the perfect time to call out my favorite movie dance sequences. I'm no expert on musicals or dancing styles, so these are not the most technically complex routines ever created. Instead, they're simply entertaining moments that heighten our enjoyment of the story. I'm sure there are numerous other great choices for this list, so please post your angry thoughts in the comments section. The Mary Poppins penguin dance above is just one example of a fun sequence that fell short. It's time to hit the dance floor and check out my picks!

Honorable Mention, The Stage Dance in Napoleon Dynamite
I realize that it's easy to hate on this movie for its deadpan humor, but I really enjoyed it. Jon Heder may be a one-trick pony based on his roles since this signature character, but he's perfectly cast as the goofball. One of the best moments involves his ridiculous dance to "Canned Heat" by Jamiroquai at the school talent show. It comes near the end and still manages to surprise us. At the end of the dance, Napoleon shyly runs off the stage like it's nothing, and it just adds to the silliness. 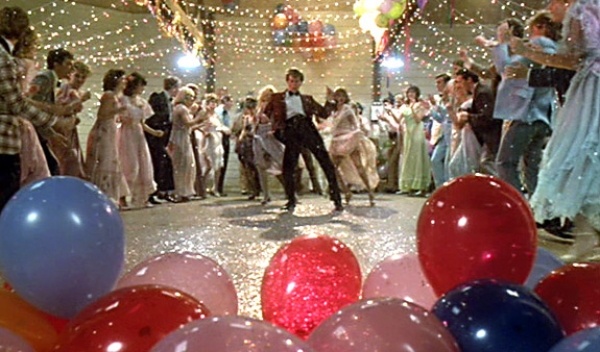 5. The Big Dance Finale in Footloose
I'll admit to having a soft spot for the original Footloose, which embodies the best parts of '80s cinema in a fun-filled package. Kevin Bacon makes the idealistic Ren believable, even when he's doing an angry gymnastics-filled dance at an abandoned warehouse. That sequence is great, but it doesn't match the joy of the big dance. After taking charge and beating up some local hoodlums, Ren and his buddy Willard (Chris Penn) rejoin the dance and get things rolling. These mild-mannered kids employ all sorts of smooth moves to Kenny Loggins' music and just celebrate how much fun dancing can be. Everybody cut! 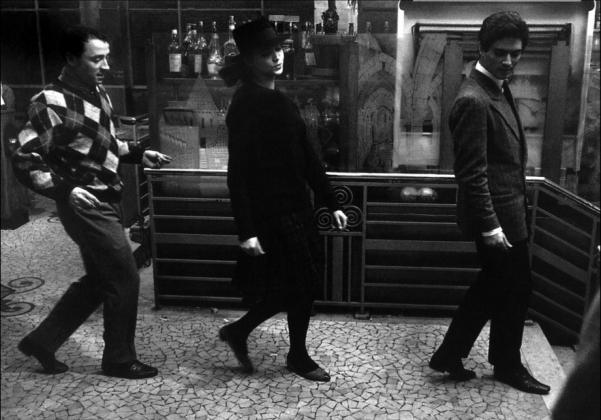 4. The Madison Dance in Band of Outsiders
Possibly the coolest dance in movie history, the "Madison Dance" shows the lead characters (Anna Karina, Sami Frey, and Claude Brasseur) performing an intricate dance at a local cafe. Tapping their shoes on the hardwood floor and swaying with hip, rhythmic movements, the trio create an amazing scene. This is one of several original sequences in Jean-Luc Godard's 1964 film that influenced many filmmakers working today. In fact, a classic Tarantino moment directly influenced by this dance appears later in this list. 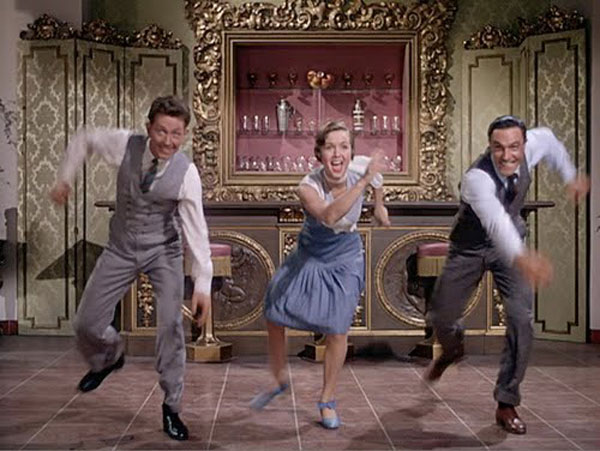 3. "Good Morning" in Singin' in the Rain
I'm generally skeptical of musicals, particularly old-school films when they were a major genre. It was a revelation for me to catch this 1952 classic when it showed at a special screening in a local theater. The main characters are so likable that it's impossible not to get drawn into the story. There are also some great moments involving the switch from silent films to "talkies" in the late '20s. The most recognizable song is the title dance from Gene Kelly, but I prefer "Good Morning". Kelly, Debbie Reynolds, and Donald O'Connor deliver an upbeat, exciting dance that involves remarkable choreography. It helped push this skeptic to just enjoy the moment and appreciate its charisma and skill. 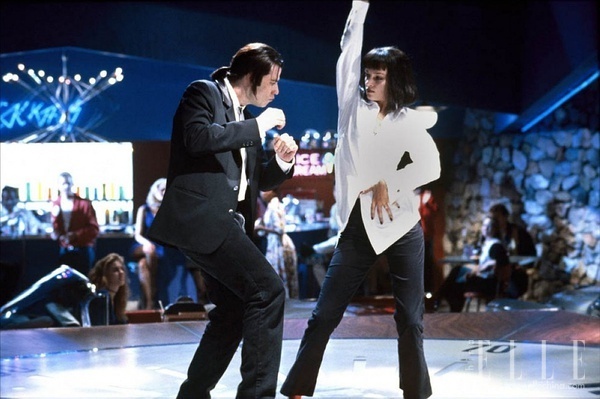 2. Travolta and Thurman at Johnny Rockets in Pulp Fiction
What more can I say about this scene? It stands out in a movie filled with famous sequences and is one of the purely fun scenes in the movie. On the first viewing, the dance is unexpected and brings life to an already enjoyable night on the town for Vincent Vega (John Travolta) and Mia Wallace (Uma Thurman). Twisting away to "You Never Can Tell" by Chuck Berry, the couple perfectly convey their growing attraction. Having Travolta dancing also recalls his career-making performance in Saturday Night Fever and reminds the audience of his past stardom. There's a lot more happening beneath the surface, but on the whole it's just a really fun dance number. Tarantino was inspired by the Madison Dance from Band of Outsiders, and he manages to even surpass that scene with this cool sequence. 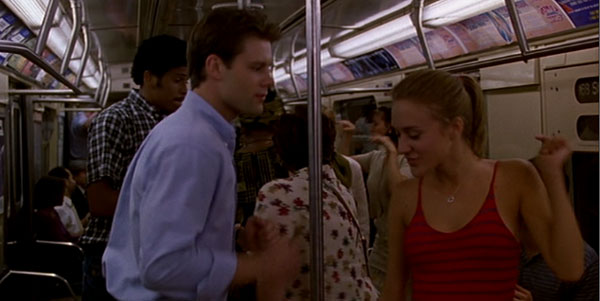 1. Subway Dance in Last Days of Disco
Whit Stillman's 1998 film about fast-talking yuppies isn't a dance movie but uses the setting of "The Club" for the witty exchanges between the young socialites. They dance, start romances, and have intellectual conversations about a variety of topics. Stillman's style isn't for everyone, but I'm a huge fan of his three films from the '90s. This movie closes with a surprise dance on the subway to "Love Train" by the O'Jays that wonderfully brings down the house. The story had grown fairly serious at times, so it's refreshing for the end to be such an enjoyable romp. Stillman took a 13-year hiatus after this picture (Damsels in Distress is out this year), so this dance was basically his goodbye to cinema for a long time.

Next week, I'll head to Vienna to check out the a musical genius named Amadeus.
Top 5 Lists