Posted by Dan on September 20, 2011
When I first joined Netflix back in 2004, it was an exciting new service for film lovers ready to ditch Blockbuster and other video store chains. The selection was beyond anything I'd seen before, especially for indie and foreign films. The idea of receiving DVDs in the mail almost immediately after choosing them was remarkable. Word of mouth spread among friends and family, and I was a proud evangelist of the Netflix brand. The website was easy to use and offered recommendations on other interesting movies to check out. Almost as good as the DVD service was the Friends feature, which allowed me to check out what my friends thought of their rentals. It seems archaic in the age of Twitter, but this was a truly great part of Netflix's product. Considering all this promise, I'm amazed to see the complete destruction of this good will over the past few years.

So what went wrong? I don't want to focus too much on the negatives, so I'll give a brief summary of the denigration of the Netflix brand. The changes started long before the recent price hike and splitting of the DVD and streaming services. First of all, they removed the Friends feature and eventually deleted any community elements, including unique reviews. They also shifted the company's focus towards technologies and away from serving its customers. The moves all share one thing in common; they were designed to raise the stock price and maximize their wealth. This goal is not bad on its own but it fails if ownership disregards the reasons for its original success.

Obviously, the goal of any big corporation is to make money. Even from a financial standpoint, however, the changes failed to consider the perception from fans. In the Social Network, Jesse Eisenberg's Mark Zuckerberg stresses the importance of keeping Facebook cool. This was an essential component of that service's financial success. Netflix was a cool product, and evangelists had shouted to the hilltops about its greatness. They nearly destroyed evil Blockbuster in a very short time; the little guy had won! The problem was that the underdog became the behemoth.

There have been many excellent articles written about the latest Netflix changes from nearly every perspective, so I'm going to focus on my personal response. After seven years, I cancelled my entire Netflix subscription yesterday. During the past few years, my feelings have soured dramatically, and it was time to make a change. I know that international readers who don't have access to Netflix won't understand this choice. It's a small amount of money given the large selection from the mail service, despite the stupid Qwikster name. My reasons have nothing to do with money. I refuse to support a company that treats its customers like shit. It's that simple. I put Netflix in the same category as Wal-Mart, BP, and others who I only visit when no other options exist. I've seen the Jason Alexander video on Funny or Die, and I'll admit it's funny and spot-on. However, this doesn't change the fact that Netflix has brought a huge benefit to film lovers. If your favorite restaurant's servers started cursing at you and providing cold food, you'd go somewhere new. 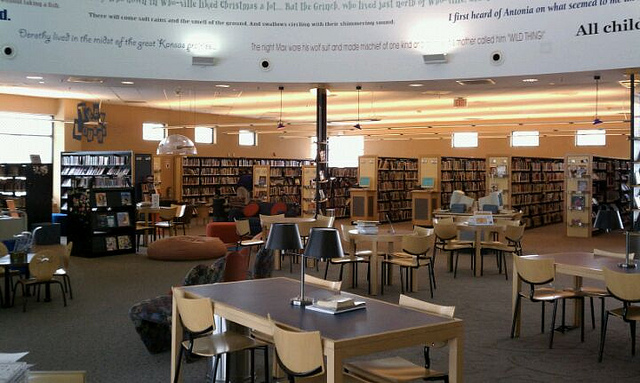 While Netflix might seem like the only game in town, this isn't true. I have access to two library systems in St. Louis in the city and the county, and both have surprisingly deep DVD collections. For example, the county library has both 13 Assassins and Trollhunter.  I'm a grad student at Webster University, so I also have access to their library of movies. Libraries might seem inconvenient, but I already go there, so it's not a change for me. The one downside is the lack of Blu-ray releases, but I can always make the trek to a video store or even use Redbox. For this blog, I mostly watch older films on DVD. I'm also an Amazon Prime member with a special student deal, so I have access to their streaming service. I haven't even discussed Hulu, ITunes, Mubi, and other options that charge nominal fees (if any). The landscape has changed, and there are plenty of good options for movie fans.

Inspired by this move, I've decided to start a Post-Netflix Project that documents how much I'll spend to replace movies from this subscription service. My former account used to cost $10.82 per month (including tax), so I'm setting my monthly budget at $11. Will this be enough to catch the movies I would typically find on Netflix? I'm looking forward to exploring some new options for accessing movies and TV shows. I'd also love to find out what you use if you've made a change. In the grand scheme of things, I know this is a very small move and will have little effect. Neflix may find a way to thrive once again in the streaming business and will likely sell off the doomed Qwikster pretty soon. Even if it continues to make millions, I doubt it will ever be cool again.

8/1/14 Update: I've avoided spending much time on Netflix during the past three years and continue to regularly use the library. My stance has softened a little since there are benefits to having the streaming options from Netflix for TV. Even so, I still regard them with little compassion and would rather support other services whenever possible. They've found a way to remain huge by focusing more on television instead of the biggest movies. They aren't going anywhere soon, but I still believe my main points from this original post.
Essays