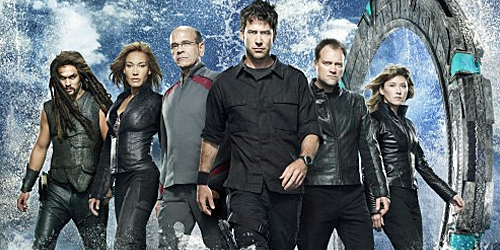 I've written more about Stargate Atlantis (SGA)  in the past few years than almost any other show. Last year, I pulled together more than 3,000 fine words for PopMatters about the sci-fi adventure series for the Complete Series DVD release. For last month's Blu-ray release, I was ready to head out to the Pegasus Galaxy once again to hang with John Sheppard, Rodney McKay, Teyla, and other longtime friends. Thankfully, this release was packaged much better than the previous monstrosity and occupied a smaller place on the shelf.

It's not a perfect series and has some dull episodes, but there's still plenty of fun in SGA, particularly with the characters. It hearkens back to the episodic adventure shows of the '90s while offering better visual effects. Check out my review of the Blu-ray set for PopMatters to learn some reasons to check out the five seasons of this enjoyable series. It's not for everyone but might surprise you if given the chance.
PopMatters Stargate Stargate Atlantis