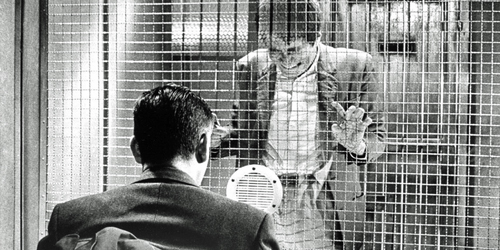 Like most film lovers, I have an ever-growing list of movies that I'm hoping to see at some point in the future. When I have the time to catch up with a few of them, there's an internal struggle of the type of film to check out. Should I pick a recent movie that I missed in the theater? Would a renowned classic be a better choice? My typical approach is to try and balance the two categories as much as possible. One director that I need to revisit more often is Akira Kurosawa, who has a large group of highly regarded pictures. I've seen many of his signature works, but there are still plenty that I've missed.

One example is High and Low, a crime film from 1963 that goes well beyond the genre framework. It actually combines the family melodrama, police procedural, and chase genres into a riveting epic story. Adapting the novel King's Ransom by Ed McBain, Kurosawa uses a deliberate approach that takes a little while to grab you. Once it gets moving, however, the pace rarely lets up until the emotionally charged finale. By the time we explore the slums and meet the culprits, it's not so clear where the real evil is in this world. It's one of Kurosawa's best movies and deserves a place alongside Rashomon, The Seven Samurai, and many others. For more information, check out my review in PopMatters of this intriguing film that still feels modern nearly 50 years after its original release.
PopMatters